Sancerre – from the Romans to the 21st Century

Although the foundation of Sancerre by Julius Caesar is legendary, the roman general writes about a hilltop village on the left bank of the Loire, 40 kilometers from Avaricum (nowadays Bourges) in his famous war memoirs The Gallic Wars.

During the Carolingian era (9th-11th centuries), a village had been built for some time around the early christian church of Saint-Romble, located outside the walls of Sancerre. In order to establish a church, it was necessary to found it on sacred relics: the monks gathered relics of saint Satyrus whose name was given to the town which was successively called Saint-Satur, Saint-Cère, and Sancerre.

A feudal castle was built in the 12th century by the first count of Sancerre, Étienne de Sancerre. A fortified wall with six towers was built around the city, and played a crucial role as Sancerre battled through the Hundred Years’ War and the Wars of Religion. Built in 1380, the Tour des Fiefs is the only lasting tower from the feudal castle which was dismantled in 1621.

During the French wars of Religion (a period of conflict between French Protestants and Catholics from 1562 to 1598), a memorable siege took place in Sancerre from August 1562 to June 1573 as the French royal forces besieged the Protestant city. Sancerre was ultimately forced to surrender as it was bombarded by nearly 6000 cannonballs and over 500 of its inhabitants died from starvation.

The city also saw a royalist uprising in 1795 following the French Revolution.

Sancerre’s economy has long been closely tied to wine. The arrival in France of Phylloxera vine disease was a huge blow in the end of the 19th century as nearly all French vineyards were destroyed. Eventually a solution to Phylloxera was found and by the late 19th and early 20th century, Sancerre’s vineyards had been replanted and its wine industry once again robust.
The winding streets of Sancerre are steeped in history: its medieval buildings and picturesque views on the Loire Valley make it a truly special and unique place. 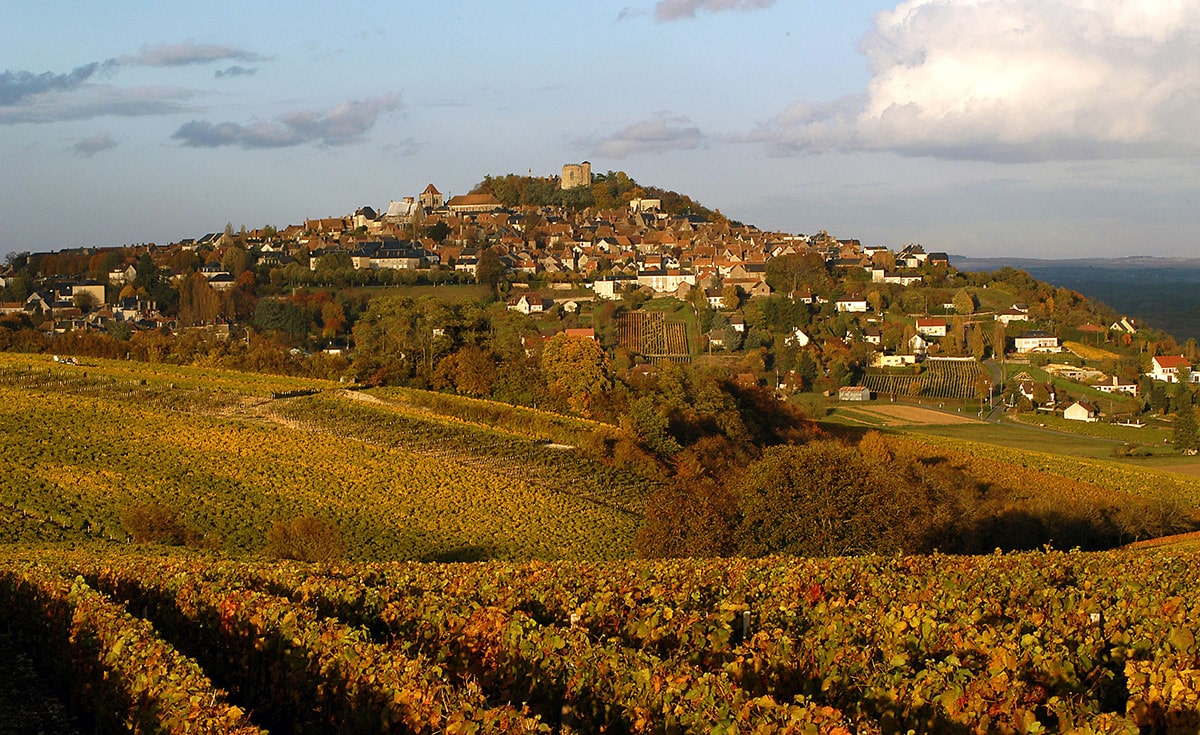 Just email us and we will give you an estimate of the total costs for your proposed program. It’s free and there’s no obligation!

NOTE: IF YOU ARE NOT A COMPLETE BEGINNER, please take our placement test FIRST before requesting a price quote, so we know what is available for your level. Different level classes occur on different weeks. If you are a complete beginner, no need to take the test!

Ask for a price quote
Scroll to Top